By Luke May For Mailonline

A vegan cafe has been blasted by customers as it charges 10p more for cow’s milk in drinks instead of oat or almond alternatives.

Abbey Road Coffee in Worcestershire’s owners Tom Floyd and his wife Sarah have spent the last six years turning the Malvern cafe into a vegan and plant-based coffee shop, ditching meat completely in 2019.

But some customers think the dairy milk charge is a step too far.

Emmanual Fahngon said: ‘As someone who is on a path to a mostly plant-based diet for health and well-being, environment and animals I don’t agree.

‘People should have a choice. Not stick out like a sore thumb for choosing dairy.’ 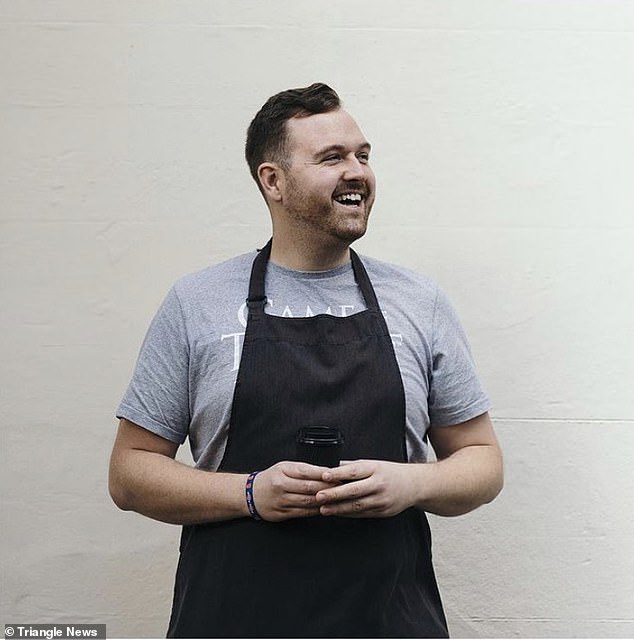 Owner Tom Floyd has spent the past six years turning the cafe into a vegan and plant-based coffee shops, but customers are fuming about the additional charge to use non-vegan milk

Boss Mr Floyd said: ‘I wanted to start challenging dairy drinkers without completely cutting them off.

‘It’s not about the cost in any way, it’s about the choice. Plant based milk costs much more than dairy for us to supply. 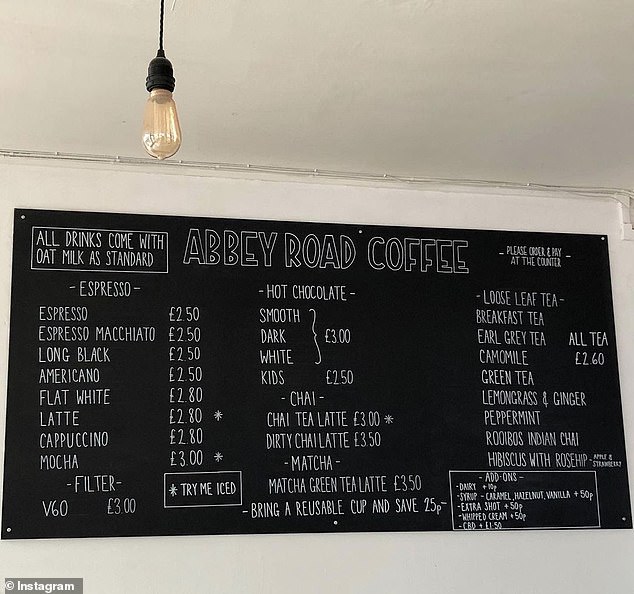 Oat milk comes as standard at Abbey Road Coffee in Worcestershire, but dairy milk is listed as an optional add on. Mr Floyd insists the charge is ‘not about the cost in any way’

‘This indicates that people are making the change which is really encouraging to see.’

Another customer fumed: ‘That’s disgusting, we can’t help our allergies.’

Yet one non-vegan – called Jessica said: ‘I’m not vegan but personally happy to see this change.

‘I feel like people are quick to judge vegan options but this way wouldn’t notice until it’s too late to realise vegan milks are actually a great swap!’

Another added: ‘Nice to see the reverse happening for once,’ referencing how plant-based milks are usually more expensive.

At Starbucks, upgrading to coconut, oat or almond milk in your brew will set you back an extra 40p.

Another supporter, called Rhiannon, said: ‘How the tables have turned!’

The coffee shop also ditched meat in 2018 to become a completely vegetarian cafe. 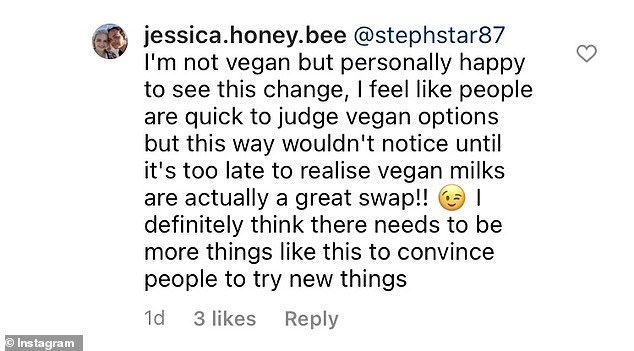 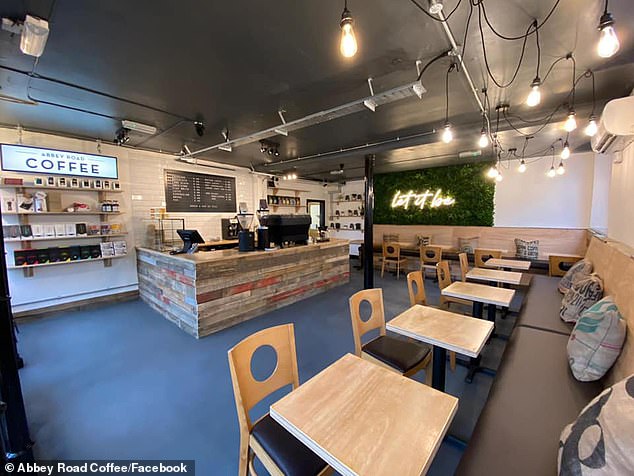 Fans of the coffee shop have welcomed the decision, saying it is a reversal of usual practices

‘Since then we have been trying to completely change our coffee shop into a vegan and plant based coffee shop.

‘Slowly all our cake became vegan and we started to discount anyone who had plant based milk by 10p.’

Tom explained the cow’s milk used is from a local dairy farm, Bennetts and all drinks now are made with oat as standard but soya, coconut and almond is also available.

But he added that the staff – comprised of a lot of environmentally conscious vegans and veggies – won’t be turning the cafe fully plant-based – despite calls to go full vegan.

‘Morally we would love to, however we fear that a complete change to exclusively plant based milk would leave us financially vulnerable, as at present we would be isolating 50 per cent of our customers.

‘We are still just a family owned business and therefore I have to think of that.

‘We feel the way we are approaching the issue is working well for us at the moment and we have a lot of support from both vegans and non-vegans alike.

‘We do hope that maybe over the next few years we can make that next step to go completely plant based.’