here’s something missing from a new wave of bars opening around the world: Alcohol.

Aimed at the growing number of people exploring sobriety, the bars pour adult drinks like craft cocktails without the booze. At 0{431c92db2ef93c421a350be785d244bd702e2c73a34f2b6f60cd8fd62b61507d} Non-Alcohol Experience, a futuristic bar in Tokyo, customers can sip a mix of non-alcoholic white wine, sake and cranberries from a sugar-rimmed glass.

On a recent evening at Sans Bar in Austin, Texas, customers gathered at outdoor tables, enjoying live music, bottles of alcohol-free IPA and drinks like the watermelon mockarita, which is made with a tequila alternative.

Sober bars aren’t a new phenomenon. They first appeared in the 19th century as part of the temperance movement. But while previous iterations were geared toward non-drinkers or people in recovery, the newer venues welcome the sober as well as the curious.

“It’s just easier,” said Sondra Prineaux, a regular customer at Sans Bar. “I don’t have to worry about leaving my car here and getting an Uber home. I’ll wake up without a headache.”

Abstinence challenges like Dry January — which began in 2013 — and a growing interest in health and wellness are behind the trend, said Brandy Rand, chief operating officer for the Americas at IWSR Drinks Market Analysis.

An explosion of new products is also fueling sales. There are drinks from smaller makers like Chicago’s Ritual Zero Proof — which opened in 2019 and makes no-alcohol whiskey, gin and tequila — and big companies like Anheuser-Busch, which introduced alcohol-free Budweiser Zero last year.

“I have the wonderful problem of too many great options,” said Douglas Watters, who opened Spirited Away, a New York shop that sells non-alcoholic beer, wine and spirits, in November.

Watters said the pandemic lockdown caused him to rethink his usual pattern of ending each day with a cocktail. He started experimenting with non-alcoholic beverages, and by August he had decided to open his store. Many of his customers are sober, he said, but others are pregnant or have health issues. Some are training for marathons; others just want to cut back on alcohol.

“There are a lot of people, this past year more than ever, thinking more critically about what they’re drinking and how it’s making them feel,” he said.

Joshua James, a veteran bartender, had a similar realization during the pandemic. After a stint at Friendship House, a substance abuse treatment center, he recently opened Ocean Beach Cafe, an alcohol-free bar in San Francisco.

“I wanted to destigmatize the words addiction, recovery and sober,” he said. “There’s a thousand reasons to not want to drink as much.”

The coronavirus, James said, “warp-speeded” the change in many people’s drinking habits. But it has also hurt the nascent non-alcoholic bar scene.

Some bars, like The Virgin Mary Bar in Dublin and Zeroliq in Berlin, have temporarily closed their doors due to regulations. Getaway, a non-alcoholic bar in New York, transitioned into a coffee shop to weather the pandemic. Owner Sam Thonis has added outdoor seating and hopes to reopen the bar this spring.

Billy Wynne, the co-owner of Awake in Denver, is also selling coffee and bottles of non-alcoholic spirits out of a carryout window for now. But he plans to open the doors to a non-alcoholic bar next month.

Wynne says the price of drinks will be comparable to a regular bar. Alcohol is cheap, he said, and the process for extracting it from some beverages makes them more expensive.

Alcohol delivery site Drizly charges $33 for a 700 ml bottle of Seedlip Spice 94, a non-alcoholic spirit. That’s slightly more than a 750 ml bottle of Aviation Gin, which sells for $30. But Wynne thinks customers are willing to pay for the craft that goes into a cocktail or a flavorful wine whether it has alcohol or not.

He said his customers tend to be in their 30s or 40s, and the majority are women. Some tell him they’ve been waiting their whole lives for a bar like his to open.

“This type of thing, it’s not a fad,” he said. “People don’t wake up to the negative impact alcohol is having on their life and then change their mind.” 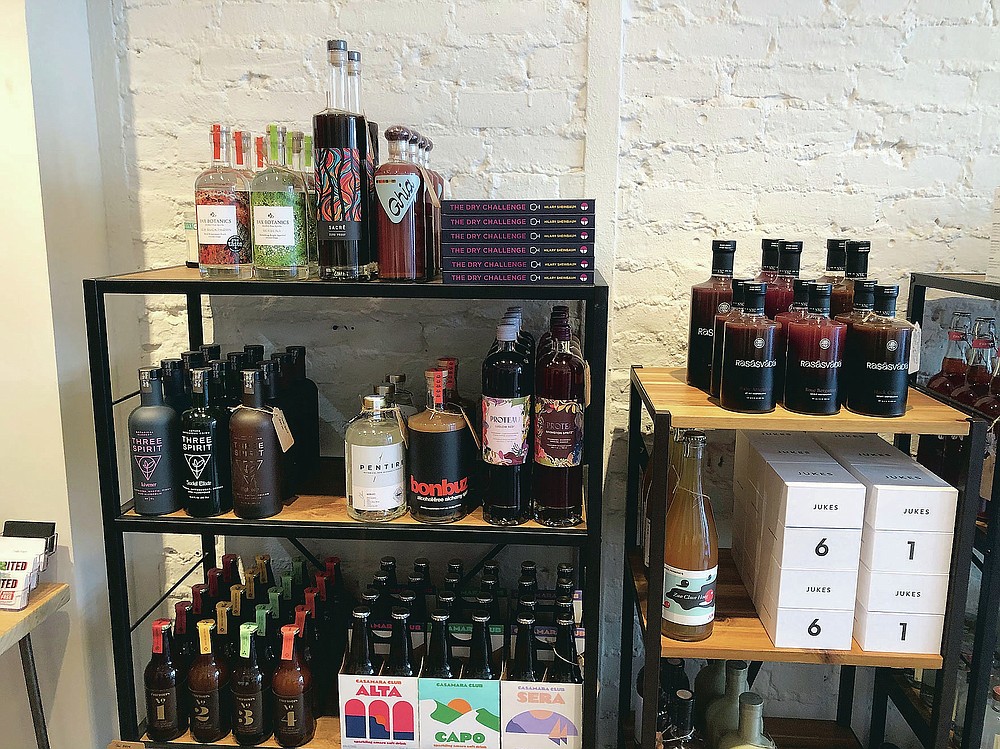 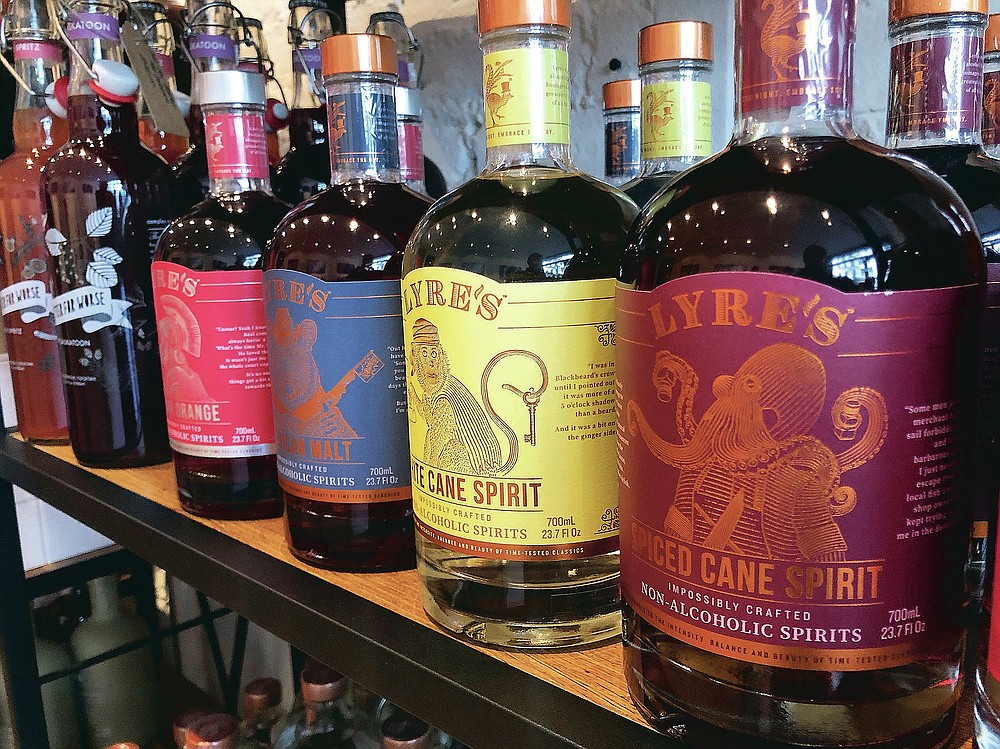 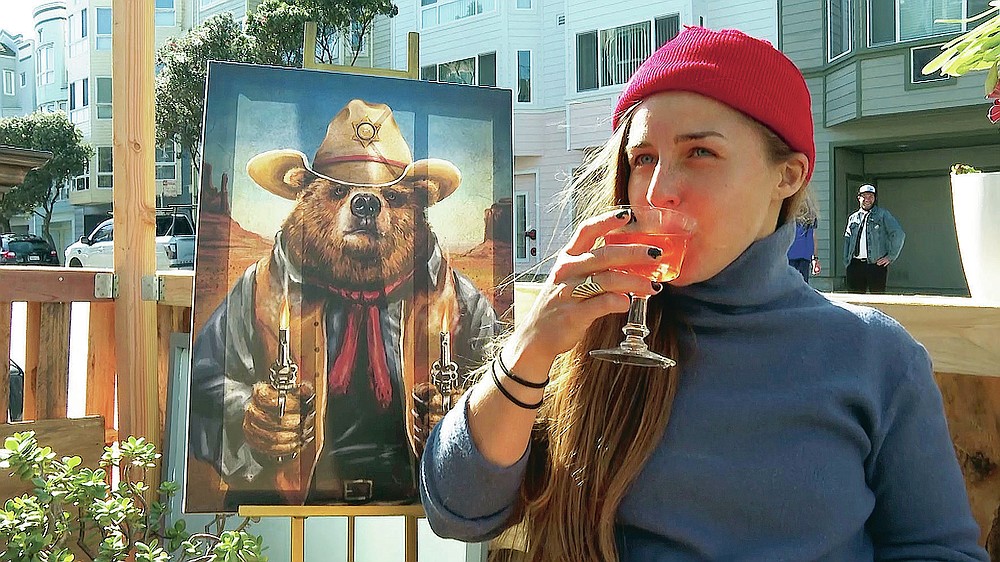