This story is part of RB’s look at the impact of the pandemic on the restaurant industry.

When shelter-at-home mandates went into effect last March, fast-casual CAVA noticed its average check size starting to grow significantly for off-premise orders. “We understood this to mean that guests were placing multi-entree orders for their families and companions at home,” said Ted Xenohristos, CAVA’s chief concept officer. “This led us to launch an entirely new menu category—Family Meals—allowing guests to order their favorite customizable bowls as they normally do, but now with the option of feeding larger groups.”

In the last year, many restaurants revamped their menus more times than they had in the previous five. They shortened, streamlined and simplified the selection to more easily execute dishes with an often-reduced kitchen crew. Chefs and menu developers added items that traveled well for carryout and delivery. And as at CAVA, family meal bundles and meal kits for housebound customers skyrocketed in popularity.

While many of these changes were initially seen as stopgap measures to stay afloat, they jolted restaurants into realizing they had stumbled on a pretty good thing. Operators are now expanding on these adaptations and using them as a platform to explore more ideas.

In the spring of 2020, Mediterranean-focused CAVA introduced another new menu category: Chef-Curated Bowls. “These were already on our culinary roadmap, but we realized they were an increasingly important option for guests as they engaged with us more exclusively on digital platforms,” said Xenohristos. “We’ve always been proud of the level of customization on our menu, but we also recognized that guests ordering for the first time on our app, or third-party delivery platforms, may appreciate additional help navigating the new flavors.”

Four curated bowls launched the category and two additional ones were added in both fall and winter. “Guests have been particularly drawn to the Harissa, Avocado, Chicken and RightRice bowl and our new vegan lentil Avocado Bowl,” Xenohristos reported.

Several other fast casuals also tapped into the dinner trend by adding or expanding meal options. Sweetgreen, Roti Modern Mediterranean and Fields Good Chicken—all lunch-centric concepts—either adapted catering items to family meal bundles or created heartier entrees suitable for dinner. These menus are still in place one year later as employees who migrated from office buildings to work from home continue to do so.

Upscale restaurants jumped on the trend as well. Chicago’s avec transitioned its entire operation into a fast-casual rotisserie chicken concept. The menu for avec rotisserie focused on just a few items: Middle Eastern-spiced roast chicken and complementary sides, such as charred snap pea tabbouleh, falafel, housemade hummus and pita, all available for curbside carryout and delivery.

“The first night of the shutdown, we did thousands of dollars in business when we expected to do a few hundred,” said Chef Perry Hendrix. “The avec rotisserie dinner maintained its popularity throughout the pandemic and now that dine-in service has resumed, we continue to offer it in our upstairs dining space, with the rotisserie in full view.” Hendrix and the avec team have since added more items, including piri piri chicken wings, sumac-glazed lamb shoulder, grilled prawns and cauliflower shawarma.

Meal subscriptions were another pandemic pivot that grew over the last year. Consumers could plan ahead for a week of meals or even a daily cup of coffee by signing up for one of these subscription services. Concepts as varied as fast-casual Panera Bread and New Orleans’ high-end Commander’s Palace started inviting customers to buy a subscription.

According to e-commerce site Ordergroove, online food and beverage subscriptions grew 25{431c92db2ef93c421a350be785d244bd702e2c73a34f2b6f60cd8fd62b61507d} during the pandemic. These turned out to be another way for some restaurants to stay afloat over the last year, boosting cash flow. Many are continuing with meal subscriptions into 2021 and believe they can be a viable model for the future.

Coolgreens, a health-focused fast casual with 10 locations, launched a subscription service from its first ghost kitchen in Orlando, Fla. in January. The chain has plans to expand it to other units after Q3, said the chain’s president and COO, Todd Madlener.

Coolgreens offers both a weekly subscription for $40 and “The Weekender” for $75. The former includes a choice of four salads or wraps over four days, while the latter feeds a family of four from Friday to Sunday. The food can be delivered or shipped throughout Florida.

“The orders are not difficult for team members to fulfill during downtime,” he said. “We’ve streamlined the subscription menu and include only those items that travel well.” Madlener added that the program adds another revenue stream and is pretty easy for existing franchisees to turn on. 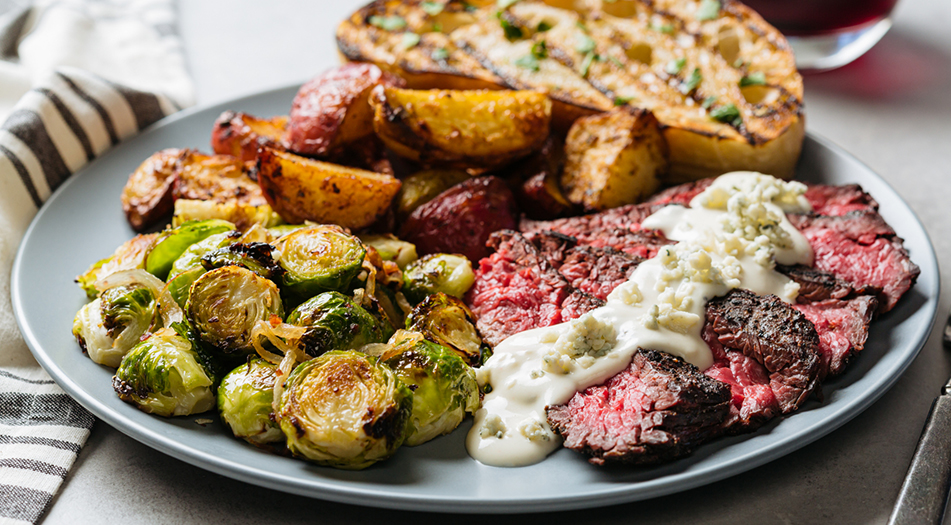 Casual-dining restaurant Urban Plates, a 21-location chain based in San-Diego, launched its subscription service, Plate Pass, in December, and is continuing it into the forseeable future, said Chief Culinary Officer Jim Cannon. Guests pay a $20 fee for two months, which entitles them to purchase any of the menu’s scratch-made entrees for $10—a discount from the average cost of $13-$14.

On offer are dishes such as a Moroccan Chicken Braise and a Chimchurri Grass-Fed Steak Plate. All are available for dine-in or to go. During the first months of the program, members saved an average of $49, said Cannon.

In 2020, he edited down the Urban Plates menu and innovated by creating riffs on customer favorites. Items such as chimichurri steak, chicken cobb salad and a club sandwich became more popular during the pandemic, so he expanded on grass-fed steak by offering it as an entrée with blue cheese sauce and in a blue cheese steak sandwich. The chicken lineup was extended to include scratch-made chicken tenders, and more plant-based bowls were added as well as a Meatless Loaf.

Rethinking and refining the menu

While the negative effects of COVID on the restaurant industry were enormous, on the culinary side, the downtime provided a chance for chefs to rethink and refine the menu. Innovation accelerated in every segment.

Automatic Seafood & Oysters in Birmingham, Ala. had been open slightly shy of a year when the pandemic shut down operations last March. “We immediately cleared out the walk-in to create our initial takeout menu,” said Adam Evans, the chef and co-owner with his wife, Suzanne, of the 180-seat independent restaurant.

Once these ingredients were gone, Evans’ to-go menu was driven by whatever he could source from local fishermen and farmers. “Most other Birmingham restaurants were completely closed, making it easier to get produce and seafood and create a market-driven menu,” said the chef. “It was refreshing to get back to basics with this more focused, pared-down menu.”

One customer favorite born out of the takeout trend was a Gulf shrimp fried rice—a recipe Evans cooked in the wok with seasonal vegetables topped with a runny egg. “It was something I never would have made before,” he said.

To make ends meet with a to-go-only menu, the chef worked hard to reduce waste, concentrating on whole-fish cookery. “I made a commitment to buy whole fish that weren’t even gutted and discovered different parts I could repurpose into menu items,” he said.

After three months limited to takeout, Automatic Seafood opened for outdoor dining, and eventually, for limited indoor dining, but these newly discovered dishes remain on the menu. One of the starters features braised fish cheeks served over organic produce, while another is a terrine made with smoked fish scraps.

Evans also menus crispy fried fish collars, a part he dips in gluten-free batter and fries—an innovation that turned into a best seller, he said. Another favorite is barbecued fish ribs, glazed and sauced like the pork version and served as an appetizer. 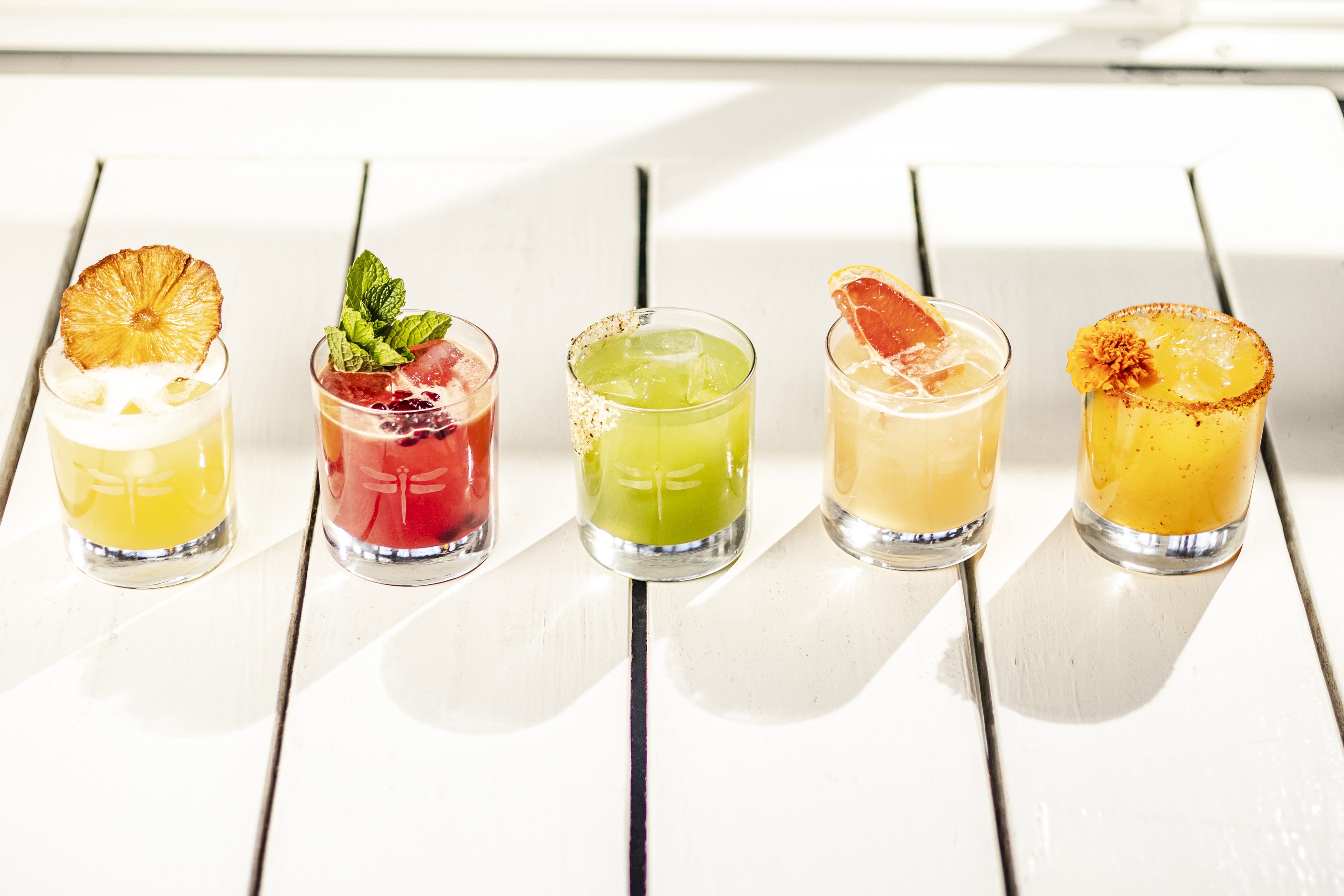 Suzanne and Adam Evans initially tried selling frozen cocktails with takeout orders, but Alabama had more stringent rules around off-premise sale of alcohol, which made it difficult.

That wasn’t true in other states, where over the course of 2020, an increasing number relaxed regulations. More than 30 states and Washington, D.C. allowed restaurants and/or bars to sell cocktails to-go as temporary COVID relief measures, according to the Distilled Spirits Council of the United States. Ohio and Iowa have since made the change permanent and 13 states have filed legislation to extend or make the move permanent.

Bartaco, a 20-unit concept with a Mexican beach vibe, took advantage of these relaxed rules to market signature to-go cocktails. But since the restaurants operate in 11 states, “it was a lot of moving parts to manage across all those markets,” said Nicole Quist, beverage director of Bartaco. “Depending on the regulations, some markets allowed bottled, premixed cocktails, while others only permitted cocktail kits and in some, we could just send out the mix and customers had to add their own spirits at home.”

But Quist persevered and the to-go drinks she launched became hits with guests. The Bonfire Margarita was one of the first. Bartaco partnered with a local distillery in Connecticut to create a mixed cocktail packaged in a large bottle. Margarita kits were also popular.

“But what flew last March doesn’t really fly now. We had to step up our game.” she said. While large bottled cocktails are the only formats allowed in certain areas, Quist is now marketing margaritas and other mixed drinks in individual bottles and eco-friendly pouches holding two servings. The to-go lineup has expanded beyond the house margarita to signature, limited-time cocktails.

“One year later, all our restaurants are open but guests still can’t come in and sit at our bars,” she said. Quist is looking forward to the day when the bar at Bartaco can once again be a gathering place, but even then, the cocktails-to-go program can be a viable extension, where allowed.